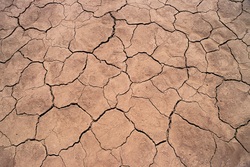 Climate change promises to have a very big impact on water supplies in the United States as well as around the world. A recent study commissioned by the Natural Resources Defense Council (NRDC), a leading environmental group, and carried out by the consulting firm Tetra Tech found that one out of three counties across the contiguous U.S. should brace for water shortages by mid-century as a result of human induced climate change. The group found that 400 of these 1,100 or so counties will face “extremely high risks of water shortages.”

Researchers have already begun to notice dwindling water supplies across the American West in recent years, given less accumulation of snow in the region’s mountains as temperatures rise. According to a 2008 study out of the Scripps Institute for Oceanography and published in the journal Science, Western snowpack has been melting earlier than it did in the past thanks to global warming, leading to markedly longer dry periods through the late spring and summer months in states already suffering from extended droughts. Given that the length and strength of these changes over the last 50 years cannot be explained by natural variations, researchers believe human induced climate change is the culprit.

The upshot of these changes is that Americans of every stripe need to curtail their water usage—from farmers irrigating their crops to homeowners watering their lawns to you and I taking shorter showers and turning off the tap while brushing our teeth. Even more important, water and resource policy managers need to conceive of new paradigms for the management of freshwater reserves to make the most of what we do have. And all of us need to work together to cut down on the emissions of greenhouse gases that have led to global warming in the first place.

Analysts also worry that warming-related water shortages could erupt into conflict, especially in parts of the world where one country or group controls water resources needed by others across national borders, such as the Middle East where already five percent of the world’s population relies on just one percent of the world’s fresh water. Parts of Africa, India and Asia are also at risk for water-related conflicts. American policymakers hope that the situation won’t get that dire in the U.S., but only time will tell.